The Diptyque story began in 1961 Paris at 34 Boulevard Saint-Germain with, at its heart, three friends driven by the same creative passion, who chose a Greek word which means a dual panel painting. Illustration was the very core of the founders, as Christiane Gautrot was an interior designer, Desmond Knox-Leet, a painter, and Yves Coueslant, a theater director and set designer.

From then on, inspired by their Hellenic treks along the Greek peninsula and its mountainous terrain, and from their country cottage on the picturesque Mount Pelion, buried amidst thick fig trees all the way down the sea front, they launched several classics, from Virgilio to Philosykos.

But the brand also presents a later day constellation of contemporary stars, like Eau Duelle and 34 Boulevard St.Germain. Picking just one is an Herculean task. The most sensual in the current rotation however is an easy choice. None other than Fleur de Peau.

Fleur de Peau relies on that rarity of the “musky idea”: it harnesses the vegetal musks from angelica archangelica and ambrette seed oil, flanking them with ambrettolide, a macrocyclic musk which shares properties with ambrette seed and aids diffusion and lasting power. Thus the somewhat nutty, with a hint of berry, slightly sweaty and oddly metallic fusion of the properties in those fine musks gains the upper hand and makes Fleur de Peau very sensuous.

Backed up with classic starchy iris, and carrot seed, which aids the earthy, starchy effect, it creates a cocoon of scent on the skin; it’s as if the Platonic idea of sensuality has landed on our shores. The delicacy of vegetal musk with the central chord of pink pepper and rose recalls the refinement of Les Exclusifs de Chanel No 18 Chanel, and Musc Nomade Annick Goutal, two other fragrances with ambrette seed oil tucked into their heart of hearts. A quiet sensuality that does not plunge its décolleté low.

Fleur de Peau is soft, tenacious, with a discreet but perceptible sillage, radiant and glorious indeed. One of the better launches by Diptyque in recent years. 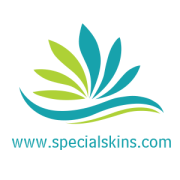